I’d like to introduce you to a new writer, Cam Axford. Cam is a student, and journalist, with an interest in the Arts and an ever-evolving relationship with Shakespeare.

I grew up in a literary household.

From the time I could read independently my parents would give me books, which I would devour as quickly as possible. Often I found myself without anything age appropriate and raided the family bookshelf to get my fix.

Here we kept all sorts of texts: coffee table books, religious works, science textbooks and the like. Of course I wasn’t actually absorbing all the information; I mainly looked at the pictures and tried to understand as best I could.

But there was one book on the shelf I was terrified to touch. 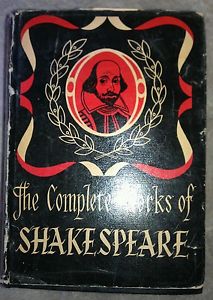 To my eight-year-old self, “The Complete Works of William Shakespeare” was a hulking monolith, worn, yellowed, without pictures and weighing about half of what I did.

The book belonged to my mother, who studied Shakespeare at St. Francis Xavier University on her way to becoming a schoolteacher. She fell in love with the Bard of Avon after seeing Zeffirelli’s “Romeo and Juliet” as a child. Growing up in a hard knocks coal mining town, she kept this passion to herself until she reached university.

I vividly remember sitting in my mother’s lap as she told me about Shakespeare.

We flipped through the pages which she later described to me as “tear stained from memorizing soliloquies.” She explained as best you can to a child that the stories were actually stage plays and all the words were dialogue. All these new concepts confused me.

When my mother got around to explaining that the language was English, but it was older and difficult to read, I was already writing off Shakespeare for the rest of my life. But that moment gave me a profound understanding of just how intelligent she was. Up until that point she was just my mom.

Unfortunately for me—or at least that’s how it seemed at the time—it’s impossible to go through formal schooling without learning about the western world’s greatest author.

Much to my dismay, the first book I had to read in high school was “Romeo and Juliet,” and did I suffer through it!

With groans and eye rolls I sat through class after class, wondering why anyone thought this was relevant. I scoffed at having to read something not in my vernacular. The characters seemed ridiculous and melodramatic, and this was at a point in my life when both those words could accurately describe me.

I remember coming home the day we finished reading the play and complaining about it at the dinner table. The fact that Romeo and Juliet take their lives because of a forbidden romance seemed ludicrous, even to a broody teenager. I voiced that the ending made me dislike the characters.

“That’s the point,” my mother told me. “Shakespeare has a dark sense of humour. It’s a warning to not be so stupid.”

Comedy Through Suicide Was Right Up My Alley

This revelation completely spun my opinion of the writer.

As an edgy 14-year-old, comedy through suicide was right up my alley. The brilliance of his subtlety had to be plainly spelled out for me, but after that I was able to understand the messages of his works. I even went back and tried to read “Romeo and Juliet” on my own to enjoy it all the way through. Because of my mother’s lesson, I went on to tackle more of his works.

Her applications of Shakespeare were not limited to helping me in school. His works were evident in my disciplining. Whenever I misbehaved, ran my mouth, or questioned a household rule, my mother would often reply with a relevant line from one of his works. Maybe this is evidence of how important Shakespeare’s works are to our cultural view of morality.

Maybe it’s just scary as hell to get yelled at in early modern English.

Two of these phrases stuck with me, both coincidentally from “Hamlet.” “Neither a borrower nor a lender be,” was the response I usually got when asking for something expensive. Very appropriately, my mother used this advice shared between Polonius and his son Laertes to demonstrate that self-reliance is not only important to the self, but to relationships with others. Considering I live on my own, go to school, have a full time job, and am debt free, I’d like to say I took that to heart.

“I must be cruel only to be kind, thus bad begins and worse remains behind,” is the other quote I remember being thrown at me as a teenager. I normally got this while bemoaning some punishment or restriction on my actions. Of course at the time I thought my mother was simply a sadist. Now I recognize that teenagers need a healthy dose of tough love, lest they turn into godawful adults.

I have a lot to thank my mother for.

My birth and 18 years of room and board are on the top of the list, but after that, I am most grateful for the love of humanities she instilled in me.

She taught me that art says more with its nuances than what is directly stated, a lesson that carries over into my life as a journalist. My mother broadened my horizons by showing me that art can be more valuable than it appears at first glance. I don’t know if I would have learned that had she not taught me that Shakespeare wasn’t some old stiff, but an unconventional trailblazer and an all-around funny dude.

Cam’s mother has agreed to submit a reply with her side of the story.