Below are two photos of “Chilina Kennedy in “Beautiful: the Carole King Musical” 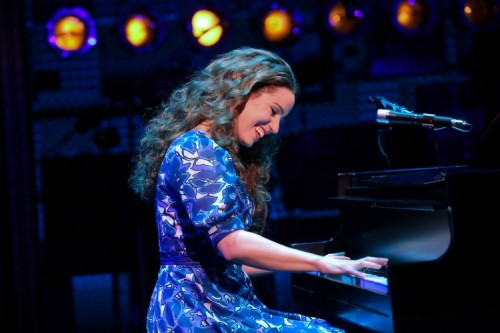 Kennedy is well known to Stratford Festival audiences for her many leading performances, including Maria in Gary Griffin’s “West Side Story,” and Mary Magdalene in Des McAnuff’s “Jesus Christ Superstar,” which went to Broadway and was nominated for 2 Tony Awards and 2 Drama Desk Awards.

Naturally her fans are happy to see Chilina Kennedy in “Beautiful,” but are hopeful she’ll return to her roots at the Stratford Festival.

In the meantime, Kennedy tells the Wall St. Journal that when she auditioned for “Beautiful” she was 33 weeks pregnant with her son, with partner & actor Jacob James, but she figured her condition was probably a plus in playing Ms. King, who has four children.

Kennedy sang 3 songs in the audition: “It Might as Well Rain Until September,” “(You Make Me Feel Like) A Natural Woman,” and “Beautiful.”

The show’s director was ready to cast Kennedy, but Carole King, who holds the rights to her life story, had the final approval, which she granted.

Playing the Piano Builds Her Confidence 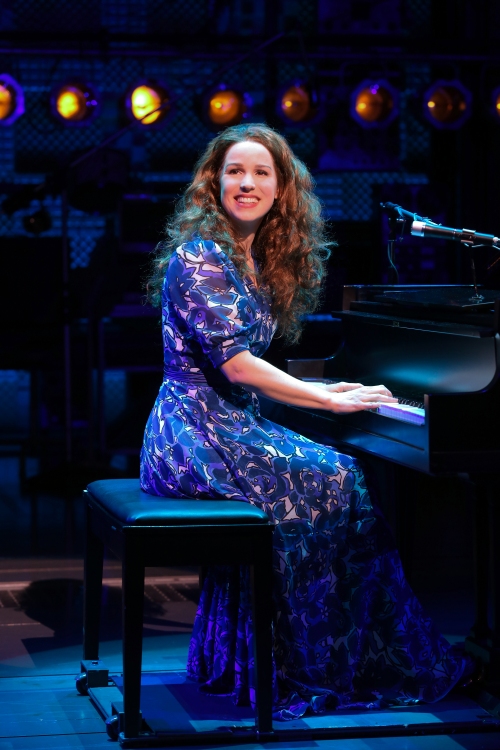 Like King, Kennedy plays the piano, but she says the similarity ends there.

In an AP story Kennedy says “It’s sort of ironic because Carol King was always very comfortable playing — it was her voice that she was nervous about.”

“For me it’s the opposite: I start shaking when I have to play in front of people but singing is a little easier for me. So it’s been a great exercise in confidence building.”

In 2013 I spoke with Kennedy on my podcast “The Inadequate Life.”

We discuss Kennedy’s youth as an “army brat,” the support she gets from her parents and a health crisis that led her to abandon her vegetarian diet.

To see Chilina Kennedy in Beautiful on Broadway, or get info about the touring production click here.

Listen to the most popular songs from the The Original Cast Recording of Beautiful: the Carole King Musical.