Students in Beal’s musical theatre program are busy preparing for their upcoming production of “West Side Story.” The show debuts Wednesday, May 6th.

As well as a cast of outstanding students, watch for special guest stars including Art Fidler, John Turner, Duane Woods and Beal’s own Mr. Gorman!

Today David Rogers, one of the original stars of Toronto’s “The Phantom of the Opera” visited with the students to discuss musical theatre. 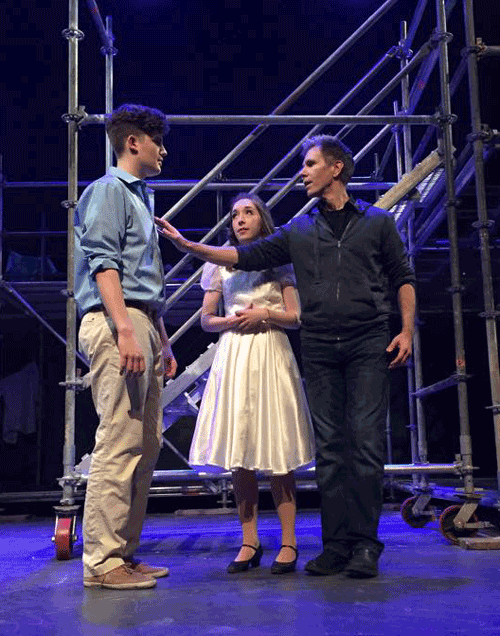 Rogers, who is the Artistic Director of Victoria Playhouse Petrolia, is scheduled to play the lead in Drayton Entertainment’s upcoming production of “The Music Man.” 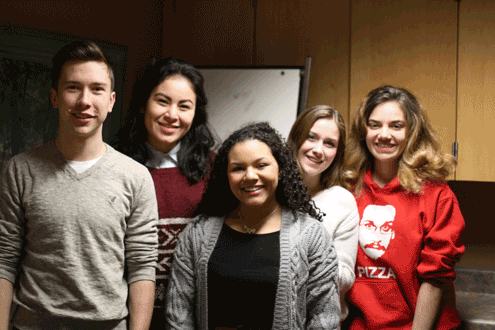 All five are performing in the production but we met to discuss how the students are using social media to spread the word.

Check out the Beal Performing Arts Facebook page which they update roughly every 3 days. 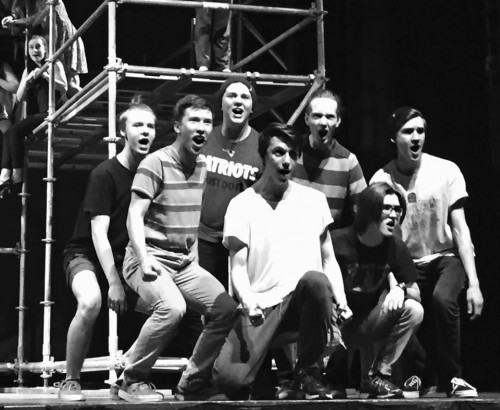 The updates include photos like this “first look” from a recent rehearsal.

They said they don’t like to post photos of the set, preferring to reveal it for the first time to audiences in the theatre.

Early in the school year Megan Moorhouse, Beal dramatic arts teacher and director of “West Side Story,” used Facebook to build anticipation about the production.

Check out this image, posted in September, prior to revealing that Beal musical theatre would be producing “West Side Story” 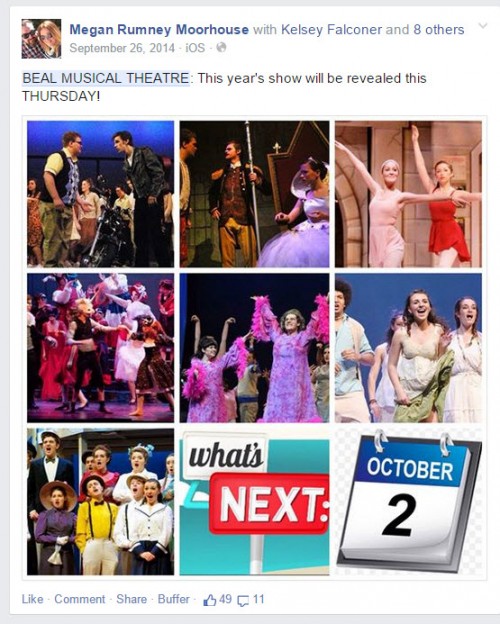 It’s a great way to build anticipation about the news.

Creating a photo montage with photos from past production situates the announcement within Beal’s legendary history of excellent productions.

The students also frequently use Facebook groups to communicate with each other.

In addition to the Beal Performing Arts Facebook page, students created a “West Side Story” Facebook event page where they have invited over 1,300 people to attend the performance.

Come back for a few more stories about Beal musical Theatre’s production of “West Side Story.” 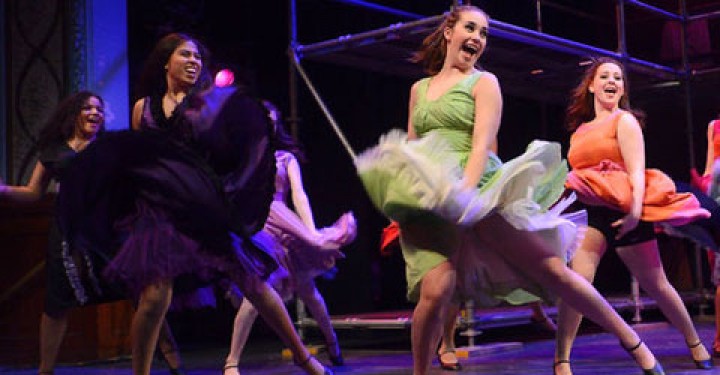