This morning, at the Stratford Festival annual general meeting, the Festival announced a surplus of $795,000 for the season that ended in October 2014. 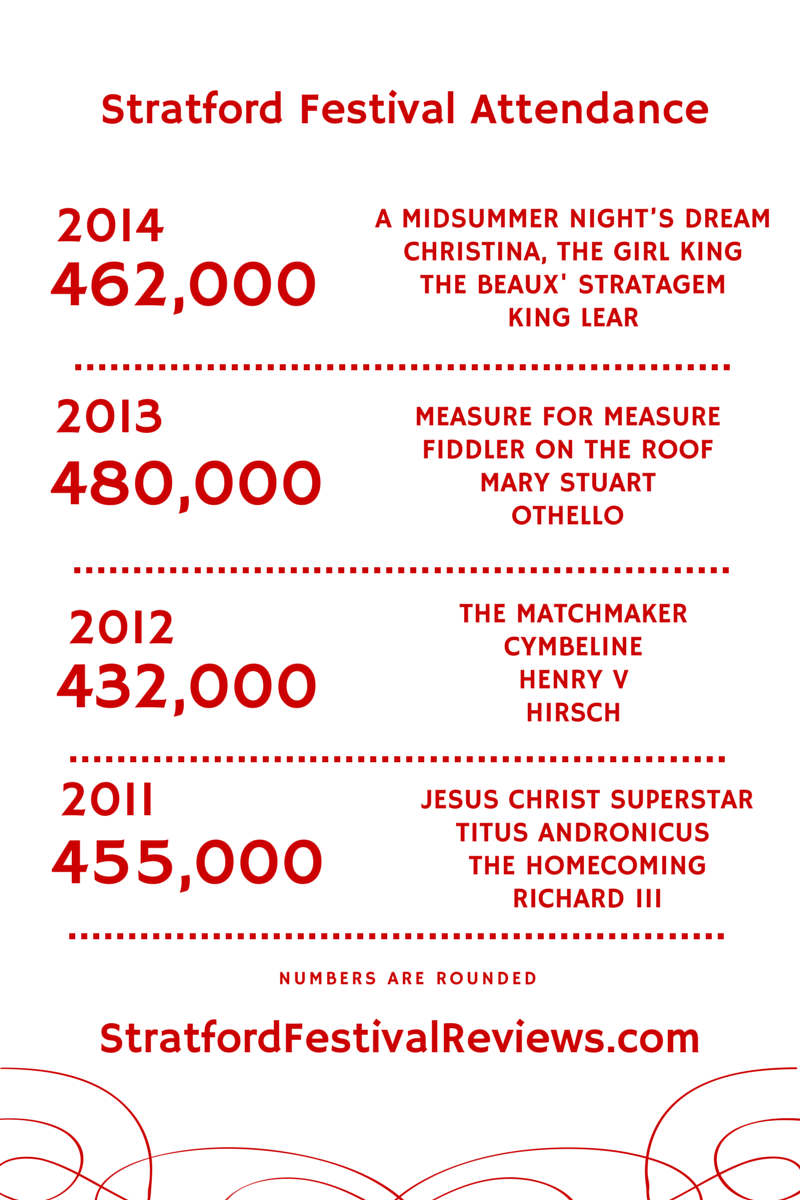 In March 2012 theatre critic Lynn Slotkin wrote that incoming Artistic Director Antoni Cimolino’s biggest challenge for the 2013 season “will not be filling the slippers of Des McAnuff.

“It will be to work to repair the damage done during McAnuff’s tenure. He will have to work to return the Festival to its reputation as a solid, respected classical theatre company.”

Cimolino’s 2014 King Lear, became one of the top-selling Shakespeares in the Festival’s history.

There’s no doubt that Cimilino met the challenge and succeeded. 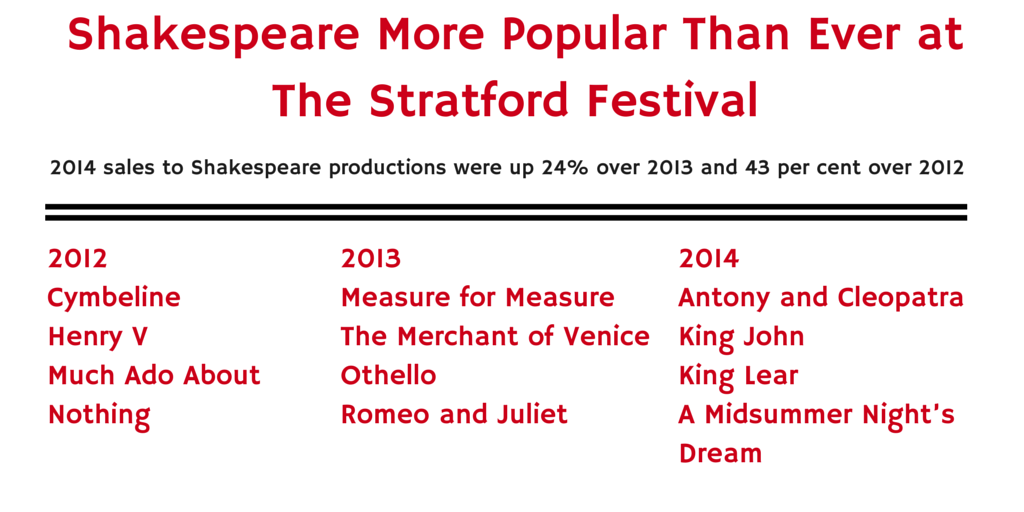 2013 marked the first year of The Forum and several marketing initiatives, including a 2-for-1 Tues­day ticket deal and the “Pre-Season Promise,” which guaranteed early ticket buyers the option to exchange their tickets at any point.

2013 also marked the launch of a pri­vate bus ser­vice from Toronto to Strat­ford.

Executive Director Anita Gaffney and Artistic Director Antoni Cimolino’s excellent work resulted in a 2013 season noted for its critically acclaimed playbill, a substantial increase in ticket sales, and a surplus of $1.4 million.

The 2014 season will be remembered for its breadth of Shakespearean exploration, its bold leap into the digital world with Stratford Festival HD and achieving a sizable surplus.

3 Quick Facts
– The Festival raised $12.9 million towards its annual operating activities, as well as $1.2 million for Stratford Festival HD, for a total of $14.1 million, a 13.5% increase over the previous year.

– Plans are in place for a Stratford cast recording of 2015’s Carousel.