Each year at this time I look forward to seeing a Christmas show with my family. 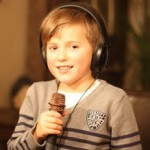 Our son Cole is 7 years old, his joy and happiness this time of year is wonderful.

Below are two short reviews: 1) “Peter Pan” a holiday pantomime and 2) The Ontario premier of “Elf“. Scroll down for a short audio interview I did with Cole about the shows.

If you plan to visit Toronto be sure to read my “Top 3 Christmas Shows in Toronto” story.

The first show we saw was “Peter Pan” at the Dunfield Theater in Cambridge.

It’s a true Christmas pantomime, which means there’s lots of silliness, audience interaction and topical humour that keeps both the parents and kids entertained from start to finish. 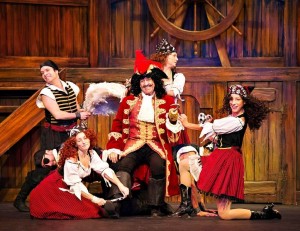 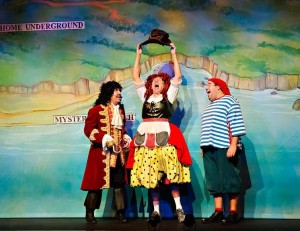 “Peter Pan” stars AJ Bridel, a top 3 finalist on CBC TV’s “Over the Rainbow.” A.J. has also performed at the Stratford Festival.

Cole was delighted that one of his favorite TVO personalities, Trek Buccino from TVO’s “Dino Dan-Trek’s Adventures” and “Dino Dan,” plays John Darling.

The cast also features Alex Mustakas as the hilarious Dr. Hook, the villain kids love to hate. Mustakas is joined onstage by his wife Jackie Mustakas and their children Hadley and Lukas.

The show appeals to kids of all ages, so don’t hesitate to bring the whole family for a memorable and fun-filled theatre adventure.

The second show we saw was “Elf” at the Grand Theater in London. 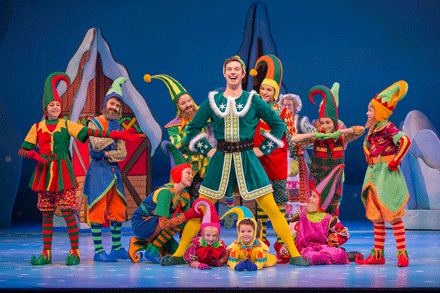 This is your first chance to see Martin’s adaptation in Ontario, and it’s worth the trip to London’s historic Grand Theatre.

Buddy, played with perfection by Liam Tobin, and the entire cast of “Elf,” deliver a spectacular show that truly captures the childlike wonder of Christmas. As Cole and I discuss in our audio interview, the script deviates slightly from the film, but the family will recognize many familiar gags and plot points.

Director Susan Ferley has assembled a stellar cast featuring top actors from The Stratford Festival, The Shaw Festival and Second City. Plus, the show features many adorable and talented children playing the elves. 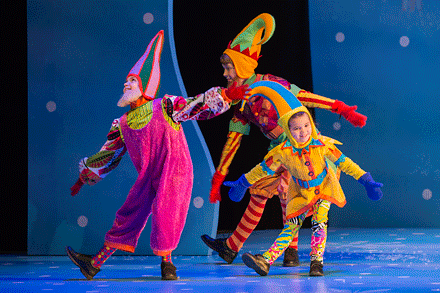 “Elf” is really worth seeing, but like “Peter Pan” it is almost completely sold out.
There are still good seats available for Monday December 23, at 1:00 PM.

“Elf” Runs through Jan. 4. Tickets start at $25.95, but it’s almost sold out.
Get ticket information HERE