“Fiddler on the Roof” lead the 1965 Tony Award nominations with 10 out of 20 possible nominations.

At the award show, the production won 9 out of 10 categories it was nominated in.

The nine Tonys won by the cast and crew of the production are listed below.

Below is Zero Mostel performing “If I Were a Rich Man” at the 1965 Tony Awards.

He stated in a Los Angeles Times article he was often asked how similar it was to the original story.

Stein explained when writing the production, he had issues with creating a story accurate to Aleichem’s work “and transmute it for the contemporary audience”

“In addition to the difference in form between the short story and the musical, Sholom Aleichem wrote in a different language, for a different audience, an audience quite familiar with the traditions and customs of the Anatevka community, so that he never needed to discuss or describe them,” he explained. 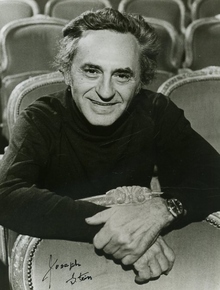 The musical stopped in San Diego, Los Angeles, and San Francisco during its tour in 1966. It was produced in Europe shortly after.