Michael Vanhevel, one of the actors in Drayton Entertainment’s “The Songs of Sinatra”, first became part of the company thanks to a YouTube video.

Watch the video below.

“It ended up being a huge confidence booster for me and I was extremely happy that it had kind of worked out doing a YouTube video and it turned out to be the best decision of my career so far” Vanheevel reflected.

Scroll down to listen to an audio interview with Vanhevel.

After praising “Call Me Maybe” on Twitter, and lip synching and dancing along to the song in a YouTube video, Jepsen signed a record deal. 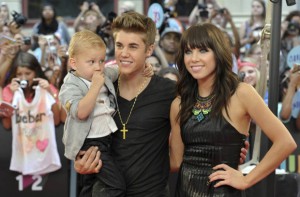 Other successful Canadian YouTube musicians include London, Ontario’s Mike Tompkins, who earned 35 million views on his YouTube channel by creating musical covers, mashups, and original songs with just his voice and mouth.

Five piece Burlington, Ontario band, and recent Juno Award nominees (New Group of The Year 2013 ) Walk Off The Earth’s cover of “Somebody I Used to Know” received over 150 million views on YouTube.

So it’s not surprising that musical theatre actors are sharing their videos online. 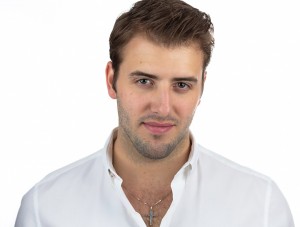 “It’s almost an essential part of music theatre and [the] music industry is promoting yourself on social media and just getting your face out there, and getting fans and just doing what you can” he explained.

He says he discovered Sinatra and The Rat Pack after listening to similar music played by his parents while growing up. Music from that era suits his vocal range, and Vanhevel enjoys the genre, feeling “really passionate about it”

Vanhevel advises musicians planning to promote themselves online to stick to their performance style no matter what. He admits he could have catered towards the pop-music demographic on YouTube, but knows he wouldn’t have received the opportunities from Drayton if he didn’t stick to his true passion for the crooners.

“It’s important for artists to know what their niche is, and what their demographic is, and just don’t compromise and just go for it and really embrace what you know and lends itself to you, to your voice, and your talents”.

“The Songs of Sinatra” plays at the Drayton Festival Theatre in Cambridge until June 1st.

For more information on “The Songs of Sinatra,” click HERE.