Toronto’s Tarragon Theatre published a fun post on Facebook recently. It asked the question “If you were a Tarragon playwright, what would the title of your play be?” The post quickly drew over 120 comments. It’s a great example of a creative social media device and it engaged the Toronto theatre’s audience.

The Pew Research Center reports that the rapid adoption of digital technology has changed audience expectations and put pressure on many arts organizations to participate actively in social media.

These days the theatre-going experience begins and ends online.

81% of the organizations surveyed in the report say that the Internet and digital technologies are “very important” for promoting the arts.

Over the next few Mondays I’ll post ideas and examples of how some theatres are using social media.

In the coming weeks I’ll address issues raised in the Pew report including social media management, discount pricing strategies and return on investment.

Based on the survey, below are my Top 3 Social Media Tips for arts organizations.

Start conversations with your audience regularly, not randomly. 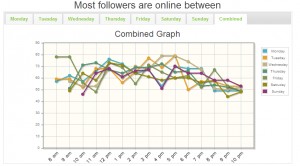 Tweriod is a great tool. It tells you exactly when your Twitter followers are online.

Once you start tweeting more often, take the time to listen to your follower’s tweets and respond to them when the opportunity arises.

Be social! Don’t just promote your plays, engage your social media followers by getting them to think about ideas and issues that are central to your productions.

One of digital media’s greatest strengths is its capacity to crowd source. Yet only 52% of the arts organizations surveyed by the Pew Research Cen­ter have used social media to crowdsource.

More than ever before you can listen to your audience. Seek input on a variety of ideas, including programming ideas and promotional incentives.

Even better, have some fun with your audience.

Tarragon Theatre’s playful Facbook post I mentioned above began with this image on Facebook asking “if you were writing Tarragon’s next play, what would it be called?” 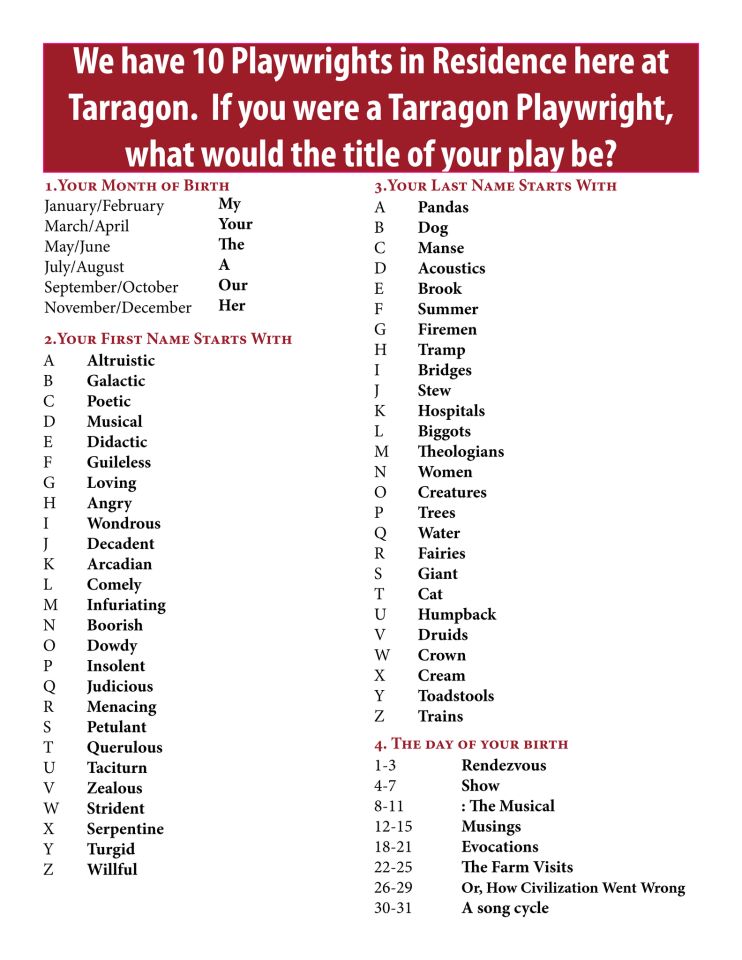 In just a few days the post received over 120 comments.

Crowdsourcing works both ways. For example here’s a new website, Seat Plan. It was created by a tall theatre-goer who was tired of paying good money for bad seats. His website encourages people to send in reviews of the seats in London’s West End theatres.

Pew’s report notes that some survey respondents were concerned that social media provides an opportunity for unfiltered public criticism of the organization.

It’s true that social media provides the audience a platform to complain or critique their arts experience but the good news is that most organizations report that they’re able to cope with the scrutiny.

If a few trolls start complaining about a production, or the venue, sit back and listen. If you’ve built relationships with your audience (see above), your loyal followers will respond to the negative comments with praise for your organization.

So avoid deleting the comments, unless they are inflammatory, hate-mongering or libelous. Rather, use social media to create a dialogue. If the complaint has merit, consider inviting others in the social network to respond. Invariably, if you’ve worked at building conversations in your network, your audience will come to your defense, and cooler heads will prevail.

Naturally, use comments and critiques to improve service whenever possible. Don’t hesitate to champion the improvements online. 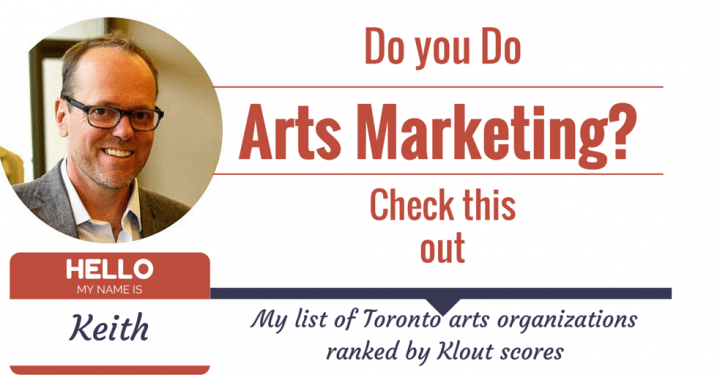