Extremity of story, language and...

“Few think they know this 1622 play, which scholars ascribe to Thomas Middleton (the central tragic plot) and William Rowley (a parallel madhouse plot, supposedly comic). But it has a high reputation among specialists and theater people, who love its extremity of story, language and moral catastrophe.

Surprisingly, “The Changeling” is directed with gusto by Jackie Maxwell. It’s not the gusto that’s surprising but that for the past 14 years she was artistic director at the Shaw Festival, where she never got to program anything like this. For me, it had the added oddity of my explaining to my grandson what the bizarre virginity test in the story is all about.”

What is unusual about Maxwell’s production is the complexity of Davies’ characterization, especially her enthusiastic sexual embrace of De Flores, even as her lust lives in such close proximity to her ongoing detestation of this sycophant with a price. The play thus becomes a meditation on a woman trapped by patriarchal modes of possession and whose only chance for sexual self-expression is with a man she hates. Davies is doing the best acting work on view at Stratford this year; Maxwell’s “The Changeling” teems with uncertainty, insecurity, pain and pleasure.

“this marvellously visual realization of Thomas Middleton and William Rowley’s at times gruesome, uncompromising tale of love run amuck is just about the finest work yet seen in these pages from the Shavian devotee.

Mikaela Davies gave a wonderfully nuanced performance as Beatrice-Joanna—a strong-willed woman intent on having the man of her dreams rather than dutifully accepting her father’s (David Collins was a model of stoicism as Vermandero) choice.”

The questionable morals and values of the characters, and the intense relationships between certain characters leave the audience feeling uncomfortable (as was likely intended by the playwrights) but the performances by the members of the company and the overall impact of the production itself, leaves the audience feeling exhilarated.

More contemporary than ever

“Seeing the very different dramaturgy and philosophy of playwrights like Middleton and Rowley on stage gives us a point of comparison and contrast with Shakespeare that helps us understand better not just Shakespeare but the entire early modern period. Let’s hope that The Changeling leads to a further exploration of a time of enormous change that now feels more contemporary than ever.”

There’s been no stopping it

“It is a piece much lauded by scholars but unseen on the professional boards for three centuries. Once restored there’s been no stopping it. It’s become a staple of the British classic repertoire. In Canada, too, its star has risen; it now gets its second Stratford production.”

A robust romp through the Robert...

“This is just about as much fun as you’d expect, a robust romp through the Robert Louis Stevenson childhood classic, with a couple of surprise twists.”

What’s Franco doing here?
Well, Maxwell has chosen to set this play during the latter days of the Spanish Civil War, when a new era of conservative repression is dawning — a repression reflected in the inability of a young woman like Beatrice-Joanna to make her own choice of husband.
Maxwell makes clear in her program notes that that Beatrice-Joanna fascinates her as a compelling young woman who acts as she does because she’s been denied her basic freedoms — and indeed, under different circumstances, The Changeling might well prove to be a vehicle for a strong feminist statement. But not here, unfortunately.

Eerie in atmosphere and brimming...

Jackie Maxwell has directed a production that is eerie in atmosphere and brimming with seething passion.
The chemistry between De Flores and Beatrice-Joanna is that mix of revulsion and then a hopeless lust. Beatrice-Joanna is played by Mikaela Davies. She is confident, spoiled, seductive, coy and dangerous in her flirting.

Sexual desires with splashes of dark...

The most compelling moments in the production take place between Davies and Carlson as both actors beautifully capture the inherent tension of their murderous, suddenly lusty relationship.”

“In her director’s note, Maxwell writes of The Changeling that it is “not a drama from the past that we can distance ourselves from.” I was surprised to read this after watching her production, because I actually found it quite aloof….

That Maxwell describes it as a “devastating conclusion” in her note leads me to believe that there’s a gap between how she views her production and how it is being viewed. It’s nevertheless a clear production of a play many will be happy to simply see on stage.”

Love, murder and control of women

“Director Jackie Maxwell brings the time frame from the 1600s to the 1930s, during the late stages of the Spanish Civil War. Comedy takes a back seat to sinister plotting and abhorrent actions. The sexual manipulation and corruption in the play resonate with today’s cultural debate around control over and demonization of women’s sexual agency…

It’s dark and salacious, but not entirely dynamic. Unfortunately, this Middleton is rather middling.” 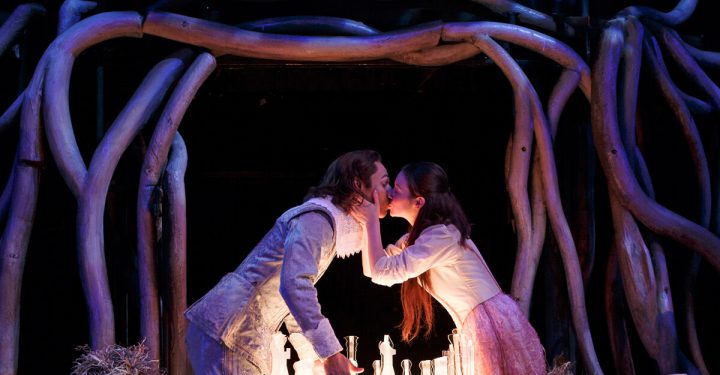 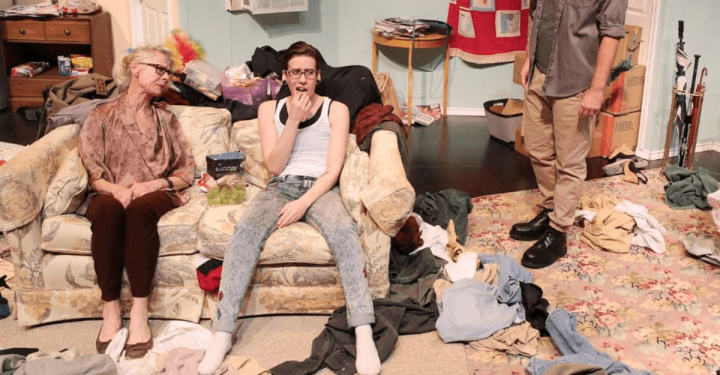