Henry illuminates the season once again

“Murrell’s play allows one of our greatest actors to shift from wry disgust to despair to hope to acceptance with the same ease she shuffles around her rented apartment in her beloved soft shoes or stocking feet. The footwear…is another in-joke based on Henry’s affection for the old soft-shoe— or at least soft shoes.”

Henry's professor not among...

“Henry creates a grumpy, slightly chilly professor who shuffles around in slippers and is clearly out of step (thank goodness) with current educational practices…But an inspirational teacher of Shakespeare? I have been lucky enough to know several and…Murrell’s professor would not have been among them.”

Reid calls Martha Henry “one of Canada’s greatest living actors” and states Leblanc “directs here with a deftly compassionate hand.” He concludes the production “should be mandatory for those imaginatively impoverished souls who have fallen prey to the delusion that William Shakespeare has outlived his relevance, usefulness and value.”

O’Connor explains “Murrell…wrote the play for Henry, a veteran actor and director” who “seems to relish her role”. He notes the dialogue “more often than not combative and probing, ring true throughout and there’s more than a little humour in the jaundiced view of academia voiced by Henry’s Prof.”

Henry delivers on all counts

Murrell notes Henry’s “dry wit and keen intelligence” and “crystalline reading of Shakespeare” is seen in her character. He adds “Murrell sketches in Prof’s past so lightly that we never feel we really know her. But that doesn’t keep Henry from revelling in the part.”

“Henry obviously relishes the chance to speak Shakespearean verse assigned to characters who would never have been on her résumé; she also joyfully points up Prof’s asperities and eccentricities…Humphrey is matchingly perfect.” Cushman also reviews “The Light in the Piazza” at the Shaw Festival.

“…the supremely gifted Henry and the relative newcomer Humphrey…handle their respective roles with an ease and comfort that makes the strange bond between the two believable and quite touching in places…serves up a more relaxed, intriguing look at human nature and the greatness and, even more importantly, the timelessness of the Bard and its effect on people centuries later.”

Gienow notes Humphrey’s character, Murph, “is never wearing a matching pair of socks” in the beginning of “Taking Shakespeare”. Murph, however, wears matching pairs of socks as his character develops. Gienow calls it “a simple, yet clever idea”.

Superb acting, theatre at it's finest

“As the Prof, Martha Henry is always on the move. She scurries around her study, makes coffee, shifts in her chair perhaps to show a shortness of patience and eventually sits still in a chair facing Murph, engaging…As Murph, Luke Humphrey rises to the occasion. This young actor is both an innocent and cocky; careless and concerned.”

Play not as snobbish as older...

“When a character admitting she has no familiarity with Facebook elicits such laughter, or when one audience member audibly cheers when a Beastie Boys song is abruptly cut short, you know you’re sitting amongst a particularly self-righteous crowd. Murrell’s play is not nearly so snobbish, and appears to be genuinely trying to find some common ground amongst the baby boomers and the millennials.” 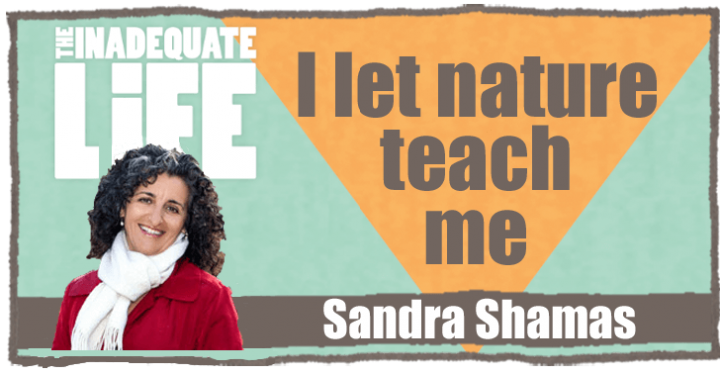