This is the third instalment of our “Director’s Cut” series, which features interviews with the four directors of Shakespearean productions at the Stratford Festival this season. 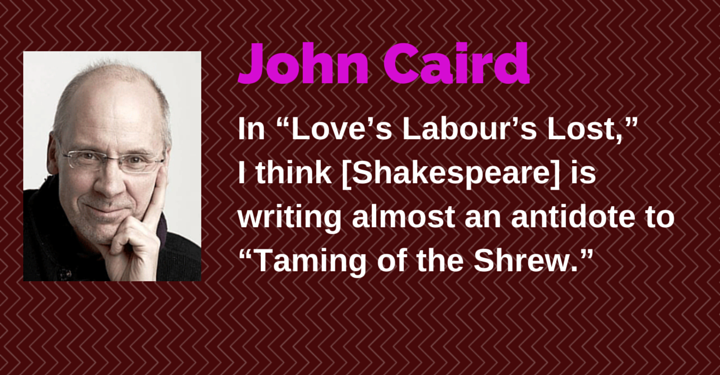 1. The director’s job requires you to make so many decisions and wear so many hats, what is the first thing you do when approaching a new Shakespearean production?

Read it, very, very carefully… I mean the thing about Shakespeare is that it’s all in the text. All the evidence that you need for directing the play, and working on the characters, and designing the play, all has to come out of the text, or it will seem like you’ve imposed a production on the play.

So you read the text looking for repeated words, phrases, imagery, structure of language. So that the design and the casting can come out of the real preoccupation that Shakespeare had when he was writing it.

2. “Love’s Labour’s Lost,” with its ambiguous ending and missing sequel, is an interesting and challenging play; what was most exciting or challenging thing about working with this play in particular?

… I think the interesting thing about the ending is that it’s not a standard sort of happy end. It doesn’t end with a celebration and a dance, like so many of the comedies do… It ends on a somber note, and I think that’s very much in the plan of the whole play…

It’s a very realistic play. It’s perhaps one of the most naturalistic plays [Shakespeare] wrote; there’s nothing fantastical in it in terms of divine intervention, or, there are no non-human characters, there are no gods, it’s all very real. The characters are real people in a real setting. And into that real setting comes news of a death…

So I think the final scene is a clue to how seriously you have to take the play in the earlier scenes. It can never be a farce or a crazy, silly romp. It’s a comedy but it has to be taken seriously in all of its aspects. The relationships between the characters have to be real… Even the characters who have very fantastical language, you have to accord them real personalities and real situations in order to get the play right.

After all, it’s a reflection of the way life really is. Life isn’t unalloyed happy ending, comedy; there are always difficulties ahead, there are always issues to be resolved between people. And I think the final moments of “Love’s Labour’s Lost” actually put a finesse on the whole theme of the play, the idea that to achieve anything worthwhile in life you have to work for it.

And in the end, Shakespeare makes all eight of the romantic characters have to prove that their love is worth waiting for. And I think that’s part of his whole plan when he started writing the play, is to write a play that is in some sense anti-romantic, it brings reality to bear on the romantic relationships between the characters.

3. What are you most excited for audiences to see in this performance? Is there any specific audience that you would particularly like to reach?

… I suppose one of the ridiculous things about this play is it’s considered by many people to be a not-very-good play, which is preposterous… I think it’s not only a good play, it’s a great play, and I’d love audiences to recognize what a great play it is.

It has within it the seeds of many of [Shakespeare’s] other plays. He couldn’t have written Much Ado About Nothing without this play; Berowne and Rosaline are really a sketch for Benedict and Beatrice. But Berowne also has Hamlet-like features to him, and Richard II-like features; there’s a real through-line to all of Shakespeare’s work.

And this is the play he wrote when he was really falling in love with the use of language. It’s such a vivid and extraordinary text.

So I hope audiences go away feeling that they’ve had a great masterpiece revealed to them, that they’ve really enjoyed something that is actually a great work of art. But also that they’ve seen how Shakespeare is warming up to write his very greatest plays; there are all sorts of characters and situations in the play that are reminiscent of his later great works.

4. One potential challenge for all four of the Shakespearean productions on the Stratford playbill this year is their complicated and potentially controversial representations of women. As a male director, how did you approach this challenge?

… I think, in a way, the interesting thing about the way Shakespeare treats women in “Love’s Labour’s Lost,” is I think he’s writing almost an antidote to “Taming of the Shrew.” I think he must have written “Taming of the Shrew” very, very early; if it’s not his first play it must be in the first three I think. It’s a real mess, “Taming of the Shrew,” as a plot, it’s a terrible muddle, and it’s very difficult for anybody who thinks profoundly about anything to watch the last scene of “Taming of the Shrew” and not have to curl his toes watching it. It makes you wince, that final speech, it’s just not palatable anymore.

And I get the feeling that Shakespeare must have… suffered some terrible indignity from a woman. It feels almost like a revenge play, it’s very, very reactionary…

And I think, I get the feeling from “Love’s Labour’s Lost” that he may have regretted writing “Taming of the Shrew,” or that he certainly had evolved enormously having written it, to the point that he started to write Rosaline and the Princess. The Princess in particular has a speech about the empowerment of women, and the way women have to stick up for themselves in marriage and be as important as their lords in marriage; which is completely opposite to what Katherine says in “Taming of the Shrew.”

So I think Rosaline is showing the extraordinary evolution, the sort of gender evolution, of Shakespeare. And, by the time he starts to write, “Midsummer Night’s Dream,” and “Romeo and Juliet,” and “Twelfth Night,” and “As You Like It,” the female characters are extraordinarily evolved…

And, again, “Love’s Labour’s Lost” is a play that’s written on the way to those great female characters. Certainly, all the way through the play, the women get the better of the men. The women are witty at the expense of the men, they make the men work for their relationships, they don’t let the men get away with their platitudes and their poems and their speeches, they are really in control of the play.

So in that sense, it wasn’t difficult. The gender politics of “Love’s Labour’s Lost” are not difficult at all. The difficult politics in “Love’s Labour’s Lost,” is race politics, because of the way I’ve cast it. I’ve got three black actresses, out of the four women, and one black actor out of the four men, and one Indian actor, who plays the King of Navarre. And, there is a great deal in the text about Rosaline being “black;” what Shakespeare means by that is she has black hair and a dark complexion. But I have deliberately complicated the plot by using, as it were, colour-blind casting in the other parts… I’ve actually cast it very carefully, for that reason, in order to make that language actually mean something. And I’ve changed some of the text.

I hope it makes audiences understand that you don’t need to set Shakespeare’s plays with the same racial singularity that they were done originally. You can do them in a way that makes absolute sense to a modern audience. You can use multicultural casting in a creative way.

5. You’ve directed productions all around the world, is there anything that you find distinctly unique about Canadian theatre?

… The [Stratford] company is very interesting. They have such dedication to Shakespeare, and are so good at it. There is no qualitative difference in acting between, say, the RSC, and Stratford, Ontario. They are every bit as good, the training is just as good, the level of understanding of the language is just as good. And there are just as fine actors here as there are in the UK.

… I’ve directed Shakespeare in many different languages; what I find extraordinary is the similarities between actors all over the world, rather than the differences… Human beings act, they put on plays, they describe their experience, all over the world. That’s a human thing, so what unites the cultures of the world is much stronger than what divides them.

6. As a director and a busy creative person, your days must be hectic and varied, especially coming up to the opening of a performance. What are some tasks or rituals in your life that remain a constant every day?

…I don’t actually find the approach of an opening night particularly pressurizing. In fact quite the opposite; the closer I get to the opening, the less pressure that I feel actually. Because, by the time you open, the actors have taken control of the production. If you do your work properly as a director, let the actors control the play… to the point when you really aren’t completely present by the time that the show opens.

Directors who hold on to the control of the production for too long often make problems for the actors, because the actors never feel that they’re entitled to play the part, they’re always looking over their shoulder at what the director might think. So it’s important to disentangle oneself, and one’s needs and ego, from the process long before the opening night. So, in a way, I’ve moved on to my next show or shows by the time the play opens…

7. From each pair below, pick one:

a) Comedy or tragedy?

Both. The best comedies have tragedy and the best tragedies have comedy, and you can’t separate them.

b) Iago or Richard III?

…They’re such different characters, it’s like saying Hamlet or Romeo… Both, neither, I don’t know.

I’ve seen neither of them so I can’t comment.

I couldn’t say…I mean it’s like saying, “Saskatchewan or Manitoba?” Whatever you say you’re going to upset someone…

The Director’s Cut series of interviews is sponsored by Avery’s Inn Next Door, luxurious new suites located a 5 minute walk from the Stratford Festival Theatres. 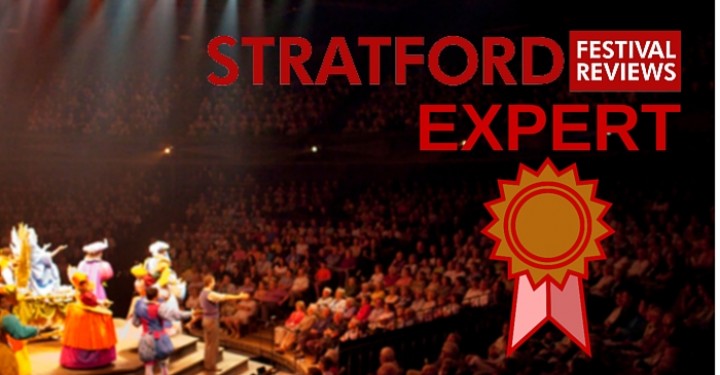